The Environmental Impact of Dry Cleaning 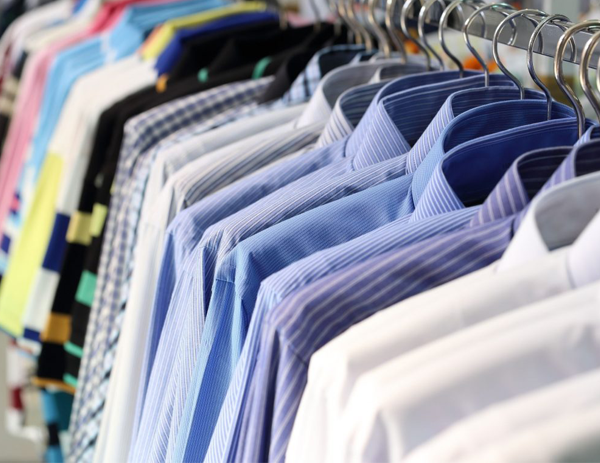 Dry cleaning has evolved from a simple manual method to a highly technical process involving specialized detergents and carbon dioxide. Carbon dioxide is considered to be a safe, non-flammable, and non-corrosive cleaning solvent, and is also considered environmentally friendly. However, carbon dioxide technology requires a significant initial capital investment, as well as ongoing costs for specialized detergents. These costs can make the technology prohibitively expensive for most dry cleaners.

The drying process of dry cleaning uses solvents to remove dirt and grime from fabrics. These solvents are non-aqueous and do not wet or swell fibres. This makes it safer than water-based cleaning methods, which can cause shrinkage and finish loss. Another benefit of dry solvents is that they do not require the garments to be dried afterward, which reduces finishing time. However, early solvents were extremely flammable and often left a strong odor on clothing.

Solvents used in dry cleaning can affect several million people worldwide. Although inhalation is the most common route of exposure, skin absorption and ingestion may also occur. Various chemicals are used in dry cleaning, including acetic acid, trichloroethylene, and diluted hydrogen fluoride solutions.

The solvents used in dry cleaning can cause serious health effects if they are vaporized into the air. Fortunately, there are methods to clean up the solvents in the air. Filtration and distillation are the most common methods used to collect solvents. Dissolving grease and soluble oils with solvents is another method. The solvents are then disposed of as hazardous waste.

Before the advent of modern dry cleaning machines, petroleum-based solvents were used to clean clothes. These included benzene, benzol, and naphtha. These solvents were less flammable and odourless than their water-based counterparts. However, the fire hazards posed by petroleum-based solvents forced the United States Department of Commerce to adopt a standard for dry cleaning in 1928. The new standard, called the Stoddard solvent, was widely adopted by dry cleaning companies.

The most common solvent used in dry cleaning is perchloroethylene. This solvent is toxic to workers and the general public. OSHA recommends limiting exposure to perc. Fortunately, there are petroleum-based alternatives available, including DF-2000, which is not flammable and is safe for delicate fabrics. It is also capable of removing grease and oil stains.

In the nineteenth century, the dry cleaning process was invented in France. According to the French Federation of Dyeing and Cleaning, a servant spilled the contents of a lamp on a tablecloth. However, the tablecloth dried without any spots. In that case, the liquid that was spilled was most likely camphene, a chemical produced from the pine-based solvent turpentine. This solvent was initially used as a spot-removal agent, but was later used as a complete cleaning solution. The dry cleaning process developed in France and Germany in the nineteenth century, and today, there are several types of solvents that are used for dry cleaning.

Methods of dry cleaning are used to remove stains from clothing. These methods generally use biodegradable detergents and non-toxic spotting chemicals. They also use computer controlled machinery that monitors the entire process. In addition to this, the energy used by the machinery is monitored and controlled. The water that is used for washing is drained into the sewage system.

The three alternatives are comparable economically. But the cost of labour and energy consumption are much higher in the complementary process stage, which is where perc comes into play. Perc cleaning is more energy-intensive than GreenEarth(r) cleaning, because of the finish of the clothing, but it uses less energy in the primary process. However, it takes double the energy to dry compared to D5 and has a higher cost of labour.

Perchloroethylene has been the preferred solvent since the late 1950s, and is used in 85 percent of dry cleaning shops. There are also other solvents, such as hydrocarbons and Stoddard solvent, but these are toxic and flammable, and should be used in well-ventilated areas.

The process of dry cleaning begins by inspecting the fabric for stains and pre-treating them with special cleaning agents. Next, the clothes are loaded into a machine resembling a large front-loading home washer. The mechanical action will loosen up any stains and odors that might have embedded in the fabric. The cleaning fluid is then filtered or distilled to remove any excess water. Different types of clothes will require different methods of dry cleaning, and some materials cannot be cleaned at all.

Dry cleaning fluids are more effective than water in removing stains and odors. A dry cleaning fluid contains very little water, and does not penetrate the fibers as water does. It also works to dissolve oils and grease, making the garments look like new again. The process is extremely effective for natural fibers, but synthetic fibers retain oily stains and are less likely to respond to dry cleaning.

Another popular method of dry cleaning uses liquid carbon dioxide. Liquid carbon dioxide is a non-toxic and environmentally safe solvent. It can be reused multiple times. But the downside of this method is the initial cost, which is high for many cleaners.

Dry cleaners are subject to several regulations, and many of them focus on hazardous waste disposal. These laws are designed to protect the environment, and dry cleaners need to comply with them to keep their businesses safe. They also require dry cleaners to follow certain procedures when dealing with perc. In addition, dry cleaners must maintain records of the amount of perc they use over the past 12 months.

These regulations are extremely important to the success of any dry cleaning business. For example, the EPA has set standards for air quality in the District of Columbia and has developed guidelines for dry cleaning in different jurisdictions. In addition, the EPA has regulated the use of organic solvents like PERC (Peroxide) controls in the District of Columbia and other jurisdictions. Organic solvents like PERC have less impact on the environment than conventional chemicals, so it is important for dry cleaners to comply with these rules.

In addition to the strict new regulations in New York, other states are considering them. For example, New York’s Department of Environmental Conservation is considering new regulations that ban the use of perchloroethylene in dry cleaners. These new rules require dry cleaners to comply with certain standards and have a certificate of fitness. Moreover, they will have to post notices to the public and maintain records of solvent purchases.

As a result, many companies are now voluntarily using safer alternatives to PERC in order to protect their customers. OSHA and the European Union have both set limits on PERC levels in workplaces. However, OSHA’s standards are higher than European Union standards. These regulations aim to protect the environment and public health.

The EPA also clarified that the useful life of a dry-to-dry machine is 15 years. For this reason, only the fifth generation of these machines should be used in dry cleaners. However, if best practices are implemented, even fourth generation machines are allowed to operate. Moreover, new machines that have carbon adsorbers and refrigerated condensers should be used.

There are several steps a dry cleaning operation can take to minimize its environmental impact. These include an analysis of the soil, surface water, and groundwater. These assessments can pinpoint the sources of contamination and help businesses decide whether remediation is necessary. An experienced P2P Environmental scientist will develop a sampling plan and collect samples in the field. These samples will then be packaged and analyzed.

Dry cleaning chemicals can be harmful to the environment. These chemicals can pollute the air and water, as well as be hazardous to the people working in dry cleaners and those living in the surrounding area. Researchers have also found that dry cleaners produce a potent greenhouse gas called HCFC23, which is 12,000 times more powerful than carbon dioxide.

To reduce the environmental impact of dry cleaning, operators must use leak-contained equipment. Additionally, they must be careful to store solvent in closed containers. In addition, dry cleaning facilities must also monitor air quality. They must also report any solvent releases to the public and submit annual reports detailing their practices. And finally, dry cleaners must follow all regulations governing their chemistry.

In addition to the environmental impact of dry cleaning, dry cleaners must also consider the financial costs of the process. For instance, dry cleaning solvents can be costly. While it is a common practice for most dry cleaners to charge their customers a minimum amount, the cost of these chemicals is a huge issue for their business.

Many dry cleaners are located in urban areas. The pollution from their operations is a big concern. These pollutants can last for decades in the environment. Chlorinated solvents are especially harmful. The solvents used in dry cleaning are toxic and persistent in the environment. They also have a high bioaccumulation potential.

Luckily, there are many ways to reduce the impact of dry cleaning. Buying clothes of a higher quality can reduce the need to clean them. Dry cleaning companies use a lot of plastic wrap and produce daily waste.

Gutter Cleaning Tips Gutter cleaning is a simple and affordable weekend project. However, you must use proper safety measures when…

Dryer Vent Cleaning If your dryer is not venting properly, it is important to clean it. To do this, you…

How to Clean Your Windows To clean windows, you will need some simple cleaning supplies. Some of these items include…

One thought on “Environmental Impact of Dry Cleaning”

We use cookies on our website to give you the most relevant experience by remembering your preferences and repeat visits. By clicking “Accept All”, you consent to the use of ALL the cookies. However, you may visit "Cookie Settings" to provide a controlled consent.
Cookie SettingsAccept All
Manage consent

This website uses cookies to improve your experience while you navigate through the website. Out of these, the cookies that are categorized as necessary are stored on your browser as they are essential for the working of basic functionalities of the website. We also use third-party cookies that help us analyze and understand how you use this website. These cookies will be stored in your browser only with your consent. You also have the option to opt-out of these cookies. But opting out of some of these cookies may affect your browsing experience.
Necessary Always Enabled
Necessary cookies are absolutely essential for the website to function properly. These cookies ensure basic functionalities and security features of the website, anonymously.
Functional
Functional cookies help to perform certain functionalities like sharing the content of the website on social media platforms, collect feedbacks, and other third-party features.
Performance
Performance cookies are used to understand and analyze the key performance indexes of the website which helps in delivering a better user experience for the visitors.
Analytics
Analytical cookies are used to understand how visitors interact with the website. These cookies help provide information on metrics the number of visitors, bounce rate, traffic source, etc.
Advertisement
Advertisement cookies are used to provide visitors with relevant ads and marketing campaigns. These cookies track visitors across websites and collect information to provide customized ads.
Others
Other uncategorized cookies are those that are being analyzed and have not been classified into a category as yet.
SAVE & ACCEPT